What is Gracie Jiu-Jitsu? 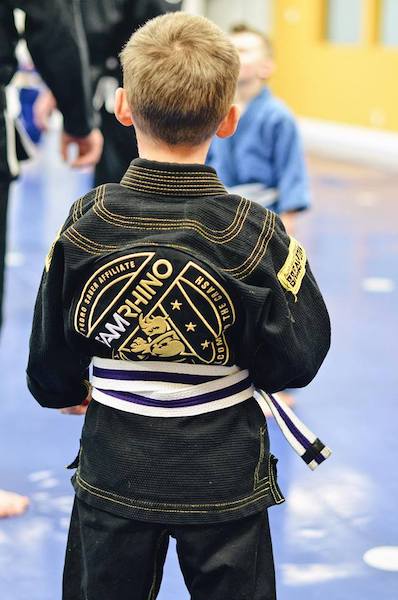 Gracie Jiu-Jitsu is based on the principles established by its founder, Grand Master Helio Gracie. While in Brazil, Helio Gracie was exposed to Japanese Ju-jutsu, but he found that he couldn’t move as quickly or explosively as the art required.

He adapted the Japanese techniques to suit his stature and created Gracie Jiu-Jitsu. This new martial art favored leverage over speed and explosiveness. It developed into an effective self-defense system. Because of its style, a smaller person can successfully defend against a larger and stronger opponent.

In general, the techniques found within Gracie Jiu-Jitsu follow these principles.

Energy efficient – To defeat a stronger opponent, you must be more efficient with how you use your energy.
Realistic – Develop skills and techniques that will help you react appropriately in a real-world situation.

Natural – You won’t find kicks and punch in Gracie Jiu-Jitsu. Instead, you’ll find grappling techniques that use natural body movements.

Gain Control – The goal while grappling is to control the fight by gaining a dominant position. At the same time, you should stay calm and be able to react to protect and defend yourself from an attacker.

Is Gracie Jiu-Jitsu Better than Other Martial Arts?

Each martial arts style has its place. Gracie Jiu-Jitsu could be the best choice for you. By understanding the approach and philosophy of different styles, you’re able to make a more informed decision on which method to pursue. Consider your personal martial arts goals and the mindset you have adopted for your training.

Gracie Jiu-Jitsu differs from other styles of Jiu-Jitsu in its focus on real-world self-defense. Rather than training to compete, Gracie Jiu-Jitsu’s techniques could be used to defend yourself away from points and time limits.

If you’re interested in trying Gracie Jiu-Jitsu for yourself, visit us at Team Rhino in Meridian. To learn more about how to get started, contact us today.