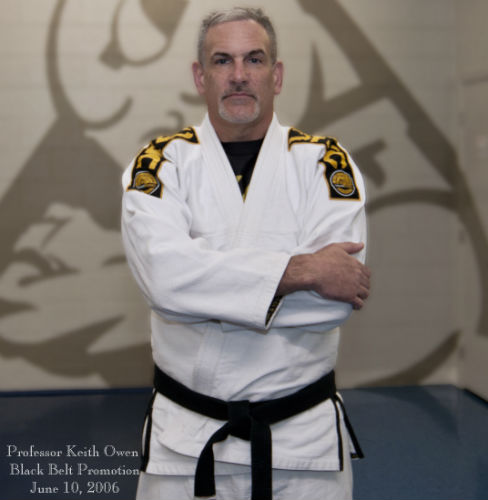 Master Sauer is considered one of the most technical Jiu-Jitsu black belts in the world and received his black belt jointly from Master Rickson Gracie AND the founder of Gracie Jiu-Jitsu, Helio Gracie. Mr. Owen is the highest ranking Jiu-Jitsu black belt in the State of Idaho with almost 27 years of training experience and has the largest Jiu-Jitsu school in Idaho.

Professor Owen has given numerous Jiu-Jitsu seminars around the world and has formed his own Jiu-Jitsu association called, “Team Rhino Gracie Jiu-Jitsu” with over 14 affiliates. He is also the author of “From the Ground Up – A Survival Guide for Beginning Students.” He has also produced two highly acclaimed video series called “Favorite Moves Vol 1, 2, 3 and Lights Out Vol 1 & 2. He has also been prominently featured TWICE in “Jiu-Jitsu” Magazine.

Professor Owen currently has 11 Jiu-Jitsu black belt students in the U.S. and Canada.

Mr. Owen is prominently known for his advocation of Technical Jiu-Jitsu which focuses on angles, timing and proper form over sheer athleticism and muscle. In this way, his smaller students may defend themselves against bigger stronger opponents with an emphasis on continuing to train well into older age and with a focus on minimizing personal injury. 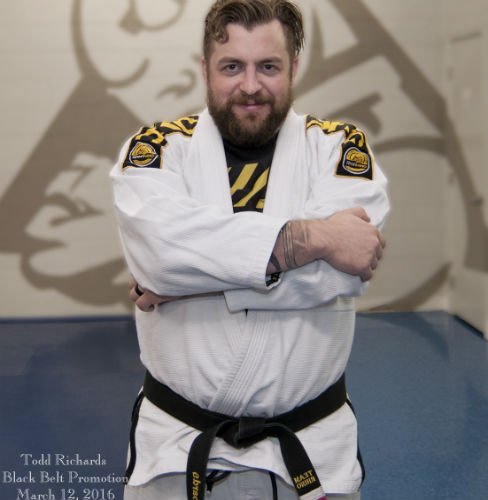 The most effective martial art the world has ever known.